Maybe the Matrix is real.

I don't have a satisfying explanation for the Mandela Effect (the term coined by Fiona Broome for having memories which differ from "reality").  I have recently stumbled upon a number of websites devoted to this topic and I am bewildered by how many memories I have which I never would have doubted to be true, but are apparently...not true.

For example, the Volkswagen logo has supposedly always been a V on top of a W within a circle with a distinct break in between the V and W. 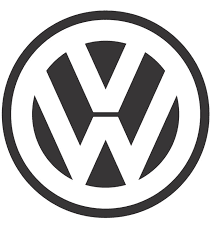 Yet I remember a different logo where there is no dividing line in between the V and W.  (Unfortuntely, I cannot find an image online to even show you what my memory of the logo looks like.)  There is no historical proof that the VW logo has been any different from the image shown above.  You would think I would know what the logo on the front of the car that I drove for 15 years looks like, but evidently not.  My memory has failed me.  And if you are agreeing with me that the VW logo was once all connected with the V and W not so obvious, then I guess your memory is failing you too.  Odd that we should both have the same wrong memory about something as innocuous as a brand logo, don't you think?

This is a very unsettling feeling.  All of a sudden the Matrix doesn't seem so far-fetched.  Am I crazy for asking how?/why?/what happened? which caused a shift to occur where current history does not reflect the shared memories of people alive today?  Am I the only one with "false memories"?

(1) What song did Mr. Rogers sing at the beginning of his show?  I remember singing along to "It's a beautiful day in the neighborhood...a beautiful day for a neighbor...won't you be mine?"  However, those weren't quite the words to the song.  He instead sang, "It's a beautiful day in THIS neighborhood..."  (No way!  I would have surely noticed that in the 100s of times I listened to him sing that while he was taking off his shoes and putting his jacket in the closet, etc.)  Evidently, everyone else who grew up watching that show remembers it exactly as I do.  Yet, the song has supposedly always been "this neighborhood."  What do you remember?

(2) What about the TV show that made Sarah Jessica Parker a household name?  I thought it was called "Sex in the City."  Nope, wrong...the name of the show was "Sex and the City."  (I don't think I ever watched a single episode of this show, but it definitely was a fairly popular show that I would have seen advertised a number of times and would have been discussed frequently.  Can't believe I always thought it had a different name.

(3) Similarly, "Interview with a Vampire" was not the title of the Tom Cruise movie that I did see once very soon after it came out on video.  It was instead "Interview with THE Vampire."  Weird.  I would have bet money it was the other way.

(1) I have always loved James Bond movies.  In the movie Moonraker, there is a scene where the giant assassin known as Jaws meets a petite blond with pigtails.  Many people remember this character (Dolly) as having braces and that certainly rings true with me.  However, she didn't.  This is a fuzzy one for me and it doesn't completely freak me out like some of the ones we get to in a moment.  But lots and lots of people remember her with braces and it certainly makes sense in the context of the movie.


(2) FREAKY (but still a bit fuzzy): the genie movie with the actor/comedian Sinbad.  Did anyone see this movie or have some memory of it?  I distinctly recall a movie like this though I never did watch it.  I also remember in some detail the cover of the movie which is PRECISELY what is described by others who remember this movie which many believe was called "Shazam."  Some people who have watched it a number of times can pretty much describe the whole plot and can give fairly explicit detail of the various scenes with others echoing almost verbatim everything about the movie.  However, there is no evidence that this movie exists...yet so many people swear up and down that they have seen it and I myself recall that there was a movie like this and have a vague memory of the cover which has been corroborated by what others have said.  Here is a great link on this one.  If this movie never existed, then why in the world do I have a memory about it that mirrors what so many others believe?

Now here is what I consider to be the grand-daddy of them all...the Berenstein Bears!  Please read the Stranger Dimensions blog and the Wood between Worlds blog to see what has me scratching my head and questioning my very existence.  And for the truly scary cognitive dissonance...the JFK assassination is completely different than what I "remember."  History now shows that JFK died while in a stretch convertible with six (6) passengers in the car, two people in three rows of seats.  Why do I have such a vivid memory of seeing the motorcade footage with four (4) passengers in a more normal four-seater type of car?  I also remember one of the main arguments that Kevin Costner used in the Oliver Stone JFK movie involved a "magic bullet" that went through the hand (or arm) of the driver in the front seat and then made a u-turn and struck JFK.  Did I just dream all of that up?

For other examples of the Mandela Effect, check out BuzzFeed and Odyssey (many of the examples are repeated, but with a few additional ones).  As I mentioned at the beginning of this post, the Mandela Effect was made popular by Fiona Broome.  If you are interested in this topic, I recommend you start at her blog.

There are quite a few explanations for how these false memories can occur, most of which I find completely satisfying and logical, especially for the wrong words and movie misquotes which have found their way into our culture.  However, the Sinbad, Berenstein Bears, and JFK examples defy any logical explanation, due to the sheer volume of people who believe it to be one way and the vivid details which are remembered.  Just this morning, I talked to three guys and asked them if they remember the children's books of the bear family who lived in the hollow tree.  All three of them had.  All three of them remembered it Berenstein (with one of them pronouncing it Beren STINE and the other two pronouncing it like I remember: Beren STEEN).  They also seemed puzzled by the fact that JFK was riding in a car with three rows of seats when he was shot.

I'd love some feedback on this one to see if any of you also have some of the same false memories that I do.  Let me know.
Posted by Brett Barton at 6:06 PM

Brett Barton
Personal: I am married. I have sons and daughters. Professional: I am a lawyer with a practice limited to estate planning and Medicaid planning. Interests: I love reading, snow skiing, European boardgames, Belgian beer, table tennis (a/k/a ping-pong), distance running and Progressive Rock music. Here are the thoughts that are bouncing around in my brain. These are my mud puddles.